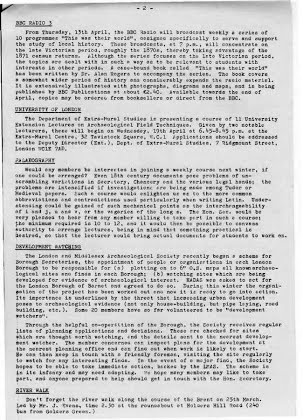 Owing to the impossibility of holding the last lecture, because of the ”black-out” in Hendon on 15th February, the Treasurer was unable to offer tickets for the eleventh anniversary party on that evening. The SOCIAL EVENING arranged for Friday 10th March from 8 p.m. at 166 Station Road, Hendon, NW4 will, however take place, with electricity or with candles! Tickets for the party are enclosed with this letter. The cost is 45p each, and money will be collected at the door. Do please come; we shall be please to welcome any friends you may wish to bring. Additional tickets, at the same price, are also obtainable at the door. Wine and refreshments are included in the price. The Treasurer has received some raffle prizes in response to last month’s appeal and further gifts would be appreciated. Anyone who is able to help with refreshments is asked to contact the Treasurer, Richard Deacon. Gifts of refreshments will be as welcome as offers of help.

As mentioned above, the cancellation of the February 15th meeting is much regretted, and the committee apologises for any inconvenience caused thereby.

The next meeting – 21st March 1972. Mr. Dawson will talk about the excavations of Delftware kilns at Montagu Close, Southwark, S.E.London.

It will not be possible to take a party to this farm as Express Dairy have written that no conducted tours are given on Saturdays. The farm is open to the general public during the summer months from June to September. It would be best if members make their own arrangements for a visit, as Express Dairy do not like numbers such as we envisage, going round at one time.

Preliminary notice is given that this will take place on 16th May 1972.

Members may like to know that an account of the work done by the Society has appeared in the February edition of “Cornerstone”, the St, Mary’s Parish Magazine. Mr. Sammes mentions that the work of deciphering and recording the inscriptions on the memorials is still in progress – volunteers will always be welcome at 3 p.m. on Sunday afternoons, weather permitting. The object of this work is to put on record an index of the people, rich and poor, notable or otherwise, interred or commemorated there, so that historians and others doing genealogical research may have an extension of their information readily available, either through the Central Reference Library at The Burroughs, or the Library of the Society of Genealogists.

Accompanying this newsletter are several leaflets of general interest. The London Archaeologist have sent us leaflets to distribute. We would draw your special attention to the short courses on “The recognition of finds” which will be given at The Institute, Hampstead Garden Suburb, on Wednesday evenings from 7.30-9.30, beginning on 26th April for six weeks. As the Society has been instrumental in encouraging Mr. Enderby to arrange these, we do hope that members will make an effort to join.

During the month of March, The Hon Secretary, Mrs. Grafton Green, will be moving house. The new house number will be given. There is no change of road or telephone number.

From Thursday 13th April, the BBC radio will broadcast weekly a series of 10 programmes “This was their World”, designed specifically to serve and support the study of local history. These broadcasts at 7 p.m. will concentrate on the late Victorian period, toughly the 1870s, thereby taking advantage of the 1871 census returns. Although the series focuses on the late Victorian period, the topics are dealt with in such a way as to be relevant to students with interests in other periods. A case-bound book called “This was their World” has been written by Dr. Alan Rogers to accompany the series. The book covers a somewhat wider period of history and considerably expands the basic material. It is extensively illustrated with photographs, diagrams and maps, and is being published by BBC Publications at about £2.40. Available towards the end of April, copies may be ordered from booksellers or direct from the BBC.

The Department of Extra-Mural Studies is presenting a course of 11 University extension lessons on Archaeological Field Techniques. Give by two notable lecturers, these will begin on Wednesday 19th April at 6.56-8.45 p.m. at the Extra-Mural Centre, 32 Tavistock Square, W.C.1. Applications should be addressed to the Deputy Director (Ext.), Dept of Extra-Mural Studies, 7 Ridgmount Street, London WC1E 7AD.

Would any members be interested in joining a weekly course next winter, if one could be arranged. Even 18th century documents pose problems of unscrambling variations in Secretary, Chancery and the various hands; the problems are intensified if investigations are being made among Tudor or Medieval papers. Such a course would enlighten us as to the more common abbreviations and contradictions used particularly when writing Latin. Understanding could be gained of such mechanical point as the interchangeability of I and j, u and v or the vagaries of the long s. The Hon. Sec. Would be very pleased to hear from any member willing to take part in such a course; the minimum required is 10 to 12, and it would then be possible to canvass authority to arrange lectures, bearing in mind that something practical is desired, so that the lecturer would bring actual documents for students to work on.

The London and Middlesex Archaeological Society recently began a scheme for Borough Secretaries, the appointment of people or organisations in each London Borough to be responsible for (a) plotting onto 6” Ordinance Survey maps all known archaeological sites and finds in each borough; (b) watching sites which are being developed for evidence of archaeological interest. HADAS was asked to act for the London Borough of Barnet and agreed to do so. During the winter, the organisation of the project has been worked out and now it is ready to go into action. Its importance is underlined by the threat that increasing urban development poses to archaeological evidence (not only house-building, but pipe-laying, road building, etc.). Some 20 members have so far volunteered to be “development watchers”.

Through the helpful co-operation of the Borough, the Society receives regular lists of planning applications and decisions. These are checked for sites that are thought worth watching, and the details sent to the nearest development watcher. The member concerned can inspect plans for the development at the nearest planning office and can find out when work is likely to start. He can then keep in touch with a friendly foreman, visiting the site regularly to watch for any interesting finds. In the event of a major find, The Society hopes to take immediate action, backed by LAMAS. The scheme is in its infancy and may need adapting. We hope many members may like to take part, and anyone prepared to help should get in touch with the Hon. Secretary.

Don’t forget the river walk along the course of the Brent on March 25th. Led by Mr. J. Evans, time 2.30 p.m. at the roundabout at Holders Hill Road (240 bus from Golders Green). 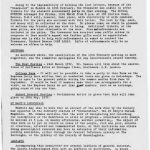 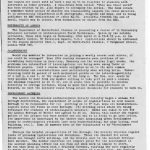